My dog, Homer, is a master at client base development.  I’ve been studying his technique on our walks and believe I have the salient details down.  Homer relies almost entirely on Pee-mail to stay in touch and to communicate his message.  We have half a dozen walk routes we take on a rotating basis and on each one he stops up to 20 times to sniff out his incoming messages and respond with a little dribble here and there.  (Dogs have about 220 Million scent cells in their noses; we have just 5 Million)  Here’s what I’ve noticed: 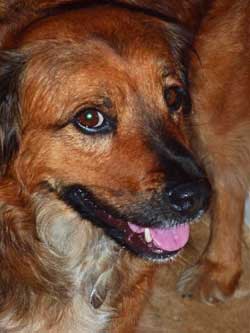 His commuications are very brief.  He doesn’t waste the other dog’s time by pee-ing about the bush, so to speak.  He comes right to the point and uses the minimum to communicate his message:  usually 10 drops or less.

His messages are focused on things of interest to his client base.  Since they are all dogs, the thing that interests them most is food, so Homer keeps his conversation on this topic.  Today’s message was (approximately . . . I am translating):  ‘Hey, James made pasta with an Alfredo/Tomato sauce last night and gave me some.  It was good!  I also had two Alpo Snaps, but I had to sit up and roll over to get them.’  Short, focused, to the point.

He responds to new messages quickly.  Usually, we just make the rounds:  he stops at pretty much the same trees, bushes and light poles on each of his routes, picks up his messages and responds.  But every once in awhile he’ll pick up something new, probably from a new friend, or on a new shrub.  In these cases, he stops what he’s doing and devotes full attention to learning as much about the new dog as possible and then responds with a quick welcoming splash.

I have to say, it works.  When we meet other dogs out on our walks there is the usual wagging and sniffing ritual and then, sometimes, the surprise of recognition.  Homie will prance about and say something like, ‘Oh!  I know you!  You pee on that palm tree on Third, near Brooks, right?  I remember something in your last message about chewing up one of your owner’s shoes . . . did you get in trouble for that?’

OK;  I’m being a little silly, but there is a some Canine wisdom here:

The sniffing . . . you can probably do without.  A little wagging never hurt anybody, though.