Yesterday I visited the Museo de Filatelia en Oaxaca. If you take it by name only, it is a postage stamp museum. But that’s only part of it. It is an amazing facility, housing stamps and much more, in an 18th century building that has been remade contemporary on the inside. Remarkable!

What captivated me most were the actual letters Frida Kahlo wrote to her doctor. They were much more than doctor/patient: they had an intimate relationship, and often these are love letters. One 13 page+ missive presents Frida’s anguished questioning the news that her leg needed to be amputated. It was.

There are also a number of photos of the artist: using a device that enabled her to paint in bed as she lay in traction, the body cast she wore for awhile and painted in her iconic style, the mesmerizing portrait with those eyebrows and that little touch of a moustache . . . and make no mistake: she was a beautiful woman.

While she only produced about 200 paintings, they represent some of the most powerful and influential images in 20th Century art. In Mexico she is almost a Saint. In the Mercados, whole tiendas are set up to sell items with just her image or those of her paintings on them. It is rare that a tourist escapes without buying something Frida.

Here is a woman who suffered a horrendous accident as a girl, whose body was nearly destroyed. Her life was filled with pain and long spells where she was confined to bed, in traction or a cast of some kind. She lived only to age 47. But despite the pain, she produced.

There are similar examples in almost every field, every location: people overcoming remarkable circumstances to attain their full potential. I am remembering the Will Smith movie, ‘The Pursuit of Happyness.’ And Oscar Pistorius, the South African Double amputee runner. Autistic Temple Grandin, who has a Phd in animal science and is one of the foremost animal behaviorists on the planet. Stephen Hawking.

Almost all of us have handicaps to overcome in almost every aspect of life. And maybe that’s what life’s about: overcoming the handicaps that keep us from our full potential.

My question today is: What are your real estate handicaps and what are you doing to overcome them?

Are you stuck in a cycle of bad thinking?

Are you mired in a self-created universe of scarcity?

Are you trying to pound your old skills into a new Universe (rather than pound new skills into you)?

I could go on and on, but you get the picture. What’s holding you back? And what are you going to do about it? Frida was challenged by the fact that she had to be in traction or a cast for a long period of time. Her attitude was not: Ï am incapacitated, therefore I cannot paint. It was: I must paint, therefore I will design a tool that enables me to paint while in bed.

The question really boils down to this:

What do you want your life to be about? Your handicap or how you overcame it? Stricken with Parkinson’s Disease, Michael J. Fox could have stepped out of the spotlight and quietly waited for the inevitable, but he didn’t. Bill Clinton could have let the Monica Lewinsky scandal drive him into isolation and end his career as a Statesman, but he didn’t. (It really doesn’t matter what you think of Clinton or the scandal; the point is he didn’t let that become the story of his life. Neither did Richard Nixon after his famous, ‘You won’t have Nixon to kick around any more,’statement.)

If you’re not finding a way around the obstacles that are holding you back, you are making a decision. It’s a decision to make the story of your life a Greek Tragedy about a flaw you could never overcome. Why not make it about how you became successful despite the challenges you encountered along the way. 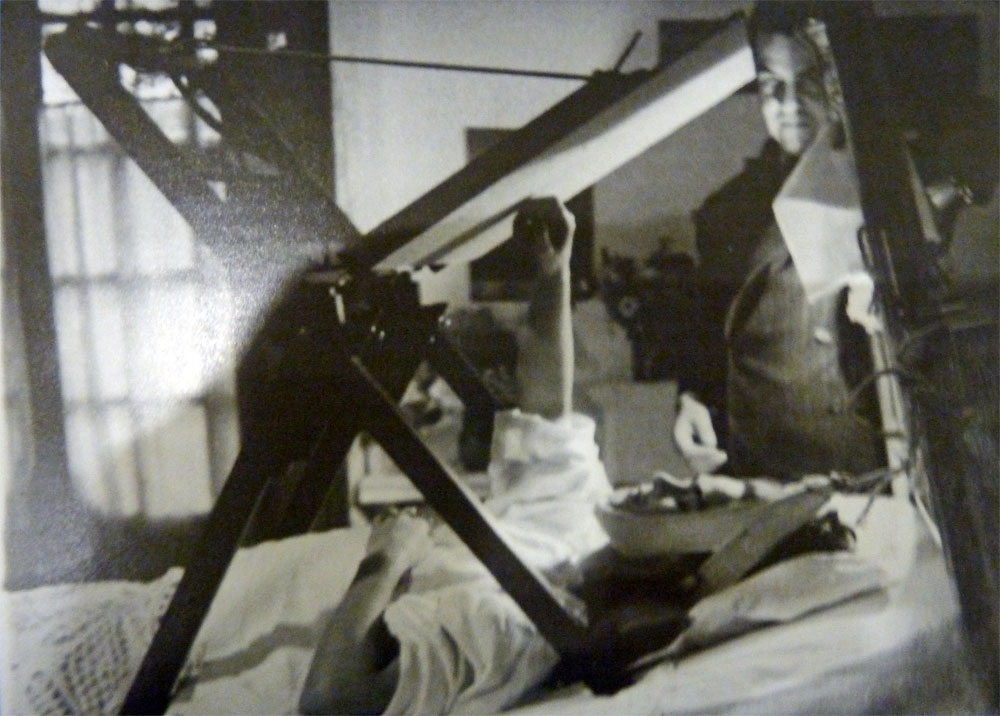 Postscript: 2/14/2013
Imagine my surprise, two days after I wrote this piece, when I opened my news channel and saw this: Pistorius Accused of Murder So much for heroes, I guess. I wonder how he’ll rise above this . . .