I titled this post ‘Brian Buffini Scripts’ because that is a search term used frequently to find this blog. I think I mentioned Brian’s Scripts in a post or two, so people, trying to find a free dialogue come here searching. I could have easily called this ‘Mike Ferry Scripts,’ or ‘Tom Hopkins Scripts,’ or ‘Danielle Kennedy Scripts.’ The point is: REALTORS seem to always be searching for the magic words that will turn their business around. Somehow, we think we’re failing because we don’t have the right words. If we just had the words . . . the magic script . . .

All good scripting is the same thing: packaging something that is true in a powerful way that consumers can understand. When the script master says, ‘There are three factors that influence the sale of any home: Price, Condition and Exposure,’ it is true. It’s also true when the marketeer says ‘The single most important thing we can do to make your home marketable is to price it right.’ In these examples, truth is packaged numerically: ‘Three Factors,’ and ‘Single most important thing.’ Breaking down concepts into a few key components makes them easier for consumers to grasp and remember.

You can’t package something that is essentially un-true and expect the packaging to make it believable. Telling a FSBO, ‘There is no way you will ever be able to sell your home yourself,’ would be a good example. It’s a false statement. People sell their homes themselves all the time. Telling a FSBO, ‘You may well be able to sell your home yourself in today’s market. What I’d like to do is stay in touch every few days to see how you’re doing. My hope is that, if the time comes that you need help, you’ll think of me.’ . . . well, that’s about as honest a statement as you might make. It’s so straightforward that it may be disarming. The agent who takes this tack and then follows up every few days with ideas and suggestions that might help the FSBO is going to be at the head of the pack when – somewhere around week three – the FSBO gets stood up again . . . and that becomes the straw that breaks the camel’s back.

Don’t get me wrong: I’m not anti-script. I think scripts are fine, when you are learning your business. Good scripts will help you see, understand and remember the truths about selling real estate. They can be the fast track to mastery. I guess I’m a good example. My first six months in the business, I sucked. I was so bad I had serious doubts about my ability to sell real estate at all! But then, one frustrating day, I wandered down to my Board library and checked out a set of Tom Hopkins’ tapes (it was 1977). I’d drive around in my car listing to Tom reciting his scripts, thinking to myself, ‘There’s no way I’ll ever do that. It’s not me. It’s so phony!’

And then I called on a FSBO. I arrived at the door prepared, as usual, to get absolutely nowhere. But when the door opened, out of my mouth came Tom Hopkins’ words. As I talked, I could see the seller relax just a little. Then she asked a question, and another Tom Hopkins’ script came out of me. Next thing you know I had the listing. And then I got her son’s listing. And then I sold both of the houses and sold them each replacement homes! I still didn’t like Tom Hopkins’ scripts, but I sure was glad they’e found their way into my brain.

As the years went by, I learned everyone’s scripts. And I also realized that what I was doing was learning key bits of information about the home buying and selling process that I could call up whenever they were needed. I learned that, despite Tom’s near constant harangue to ‘Use the script exactly as it is written, word-for-word,’ I did best when I simply spoke the truth contained in the script. I came across as genuine and sincere . . . because I was. I was telling the truth and if felt good – to me and my clients.

So, good luck finding Brian Buffini’s scripts for free. When you do locate them learn them well, recognize the truth in them and then make them your own. And if you want some of the very best scripts and information about the home buying and selling process, get Danielle Kennedy’s book, ‘How to List and Sell Real Estate.’ It’s absolutely the best thing ever written for a real estate salesperson to read. It’s in its quadrillionth printing and was revised just last year to reflect new market realities. I’m serious: go get it.

Ours is an industry that loves experts.  We also love motivational speakers (even if they’re not experts).  We love to combine the expert and the motivational speaker and put them in front of a room full of brokers and agents to do their thing, strut their stuff, and present, present, present.  Having been in the biz since the eviction of Adam and Eve from the Garden, I’ve seen and met quite a few.  Here are some of my favorites: 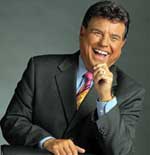 Tom Hopkins.  Almost single handedly turned my new career around.  I failed miserably as a salesperson for six months.  Then I borrowed a set of his real estate tapes (it was 1976 and he hadn’t yet expanded to other industries) and listened to them until his words became mine.  As soon as the dialogs became automatic I started to fire on all cylinders, so to speak and the rest is history.  I had the honor of having breakfast with him one morning in the early ’80s as I prepared to introduce him to a big group.  It was like meeting a rock star.

Danielle Kennedy.  I saw her speak many times, but what I really remember is her book:  ‘How to List and Sell Real Estate’.  It’s been awhile since 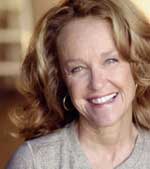 I scanned through it, but for years I swore it was the best book ever written about how to have a successful real estate career.  Like Tom, Danni was above all practical.  She gave you things to DO, today, that would make a difference.

Floyd Wickman.  Floyd was fantastic.  A great mix of solid strategy and humor.  I think his answer to any question a prospective seller might ask on the phone – ‘I don’t know, I gotta see the house first’ — should be carved into his headstone when he gets called to that great listing appointment in the sky.  My favorite Floyd moment came in the early ’90s when I was head of training at Century 21.  We had taken a philosophical right turn from the rest of the industry by jumping feet first into Consultative Selling.  We were abandoning the slick scripts and the heavy techniques 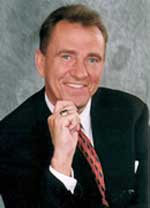 that were popular at the time in favor of just knowing your stuff and doing a good job for people.  We had an unspoken moratorium for awhile on speakers as we tried to establish the new culture, and many were pretty hostile to our new direction (‘What?? You’re going to give out the address on the phone??? Are you crazy?!?).  Floyd was the first to step up and say he thought we were on the right track and he’d support what we were doing.  I met him at Caesars in Vegas and cemented the relationship over a few too many glasses of bourbon.  Mrs. Woodjakowski, indeed!

Charlie ‘Tremendous’ Jones.  Most real estate people don’t know Charlie because he was big mostly in Insurance circles.  I saw him several times though and once was manhandled by him on stage.  He was a big guy, probably 6’5″ tall and a little heavy.  He was on stage ranting on about people who didn’t make it because they lacked COMMITTMENT!! (he’d growl that word).  Next thing I knew, he w

as down in the audience, grabbed me by the arm and led me to the stage where he essentially put me in a headlock and dragged me around from one side to the other, addressing the top of my head with:  ‘Do you know what separates the greats from the not so greats?  COMMITTMENT!!  Do you know what makes the do-ers DO and the don’t-ers DON”T?  COMMITTMENT!!’  and on and on.  My friends in the audience told me afterward I looked like a rag doll being mauled by a pit bull.

Steven Covey.  I saw him once and loved how he related to the audience.  There were probably 2,000 people in the room and he took the stage with just an idea about what he wanted to communicate and what he’d like to accomplish. It was clear he was not speaking from a rehearsed script.  But he had an assistant backstage at a computer who had all of his slides and knew

exactly where they were.  Covey would talk a bit and he seemed to make personal contact with everyone in the room (including me and I was at the back of the balcony) and then he’d say ‘Put up that pie chart slide’ and a moment later there it’d be. He bounced around like that for an hour and a half, letting the audience dictate the direction.  I swear:  it was the most beautifully organized, spontaneous, un-canned and involving talk I’ve ever seen.

Rick O’ Neil.  How could I not include our own former leader?  Rick was remarkable.  He didn’t do much visible prep work before he’d talk to a group — I think all the prep was going on in his head — but he always had the perfect message in the perfect order to move his audience.  I never saw anybody take a room full of people and lit

erally change their collective minds and get a commitment from them  the way he could.  And he did it over and over.  I remember him showing up early the first day of one of our Help-U-Sell Universities.  I asked him if he’d like to say a few words.  ‘Oh, I don’t know,’ he replied, ‘I can, if you want.’  So I introduced him and what came out of his mouth was an elegant, eloquent and moving speech about honor, courage and commitment.  It got a standing O and should have been recorded for all posterity.

There are so many others and some I’m going to kick myself for not remembering (like Wayne Dyer) but that’s my short list for this Thursday.  Who are your gurus?